On Tuesday night, The Washington Post put out an op-ed saying that the federal government should take over Metro. There are good reasons to consider this proposal, but also reasons to think it could be harmful. 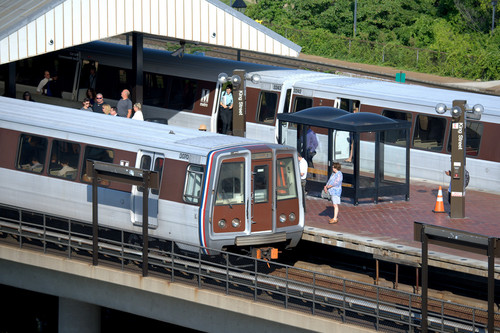 The article argues that Metro’s current budget proposals offer no way out of a pending “death-spiral,” and in fact, may hasten the decline of ridership and service. SafeTrack may help the system from getting worse, it reads, but it is unlikely to make it better either. In order to ensure that Metrorail can best serve the region and improve its financial situation, the Post suggests creating a federal control board similar to the one that oversaw DC’s finances in the 1990s.

A control board could replace local politicians with merited professionals, promoting a better run agency, the Post argues. Additionally, local control of Metro would be transferred to the federal government, who could infuse new cash into the system while demanding higher service standards.

The Post’s proposals are all well thought-out points that deserve serious consideration. At the same time, the region and its lawmakers need to look at the potential downsides of increased federal involvement before it rushes into any sort of new agreement.

Greater Greater Washington contributor Patrick Kennedy, an ANC commissioner in Foggy Bottom, sums up the argument behind transferring control to a federal board:

This system is on the verge of financial ruin. Forty years of deferred maintenance and a failure to fund obligations are not the fault of current Metro management or workers or even individual politicians. But there is a collective action problem, and I’m not optimistic how it will be solved without structural change — and the longer we wait, the worse it will get.

Metro right now looks eerily like DC in mid-1990s. What was then Sharon Pratt balancing a budget by changing the fiscal year calendar so it had five quarters of revenue balanced against four quarters of expenses is now Metro shifting federal capital dollars into the operating budget because the jurisdictions don’t want to hike fares, cut service, or increase their subsidy. Except, now that that card has been played, we’re running out of gimmicks.

In short, Metro’s problems may be too big for regional governments to solve on their own. DC Councilmember and WMATA Board Chairman Jack Evans argued this very position earlier on Wednesday.

But a control board transfer has serious implications. Here are a few of them that our region must consider before endorsing such a move.

1. Would the feds be responsive to public interest?

Currently, Metro has at least some accountability to public interest since local politicians have control over the board. Let’s say that the proposal to cut late-night service came up under a federally-controlled Metro. How much would public push-back matter? It is possible that they may listen even less.

Patrick points out that this could actually be a good thing:

A federal takeover might make unpopular choices more likely in the short-run. Late-night hours would seemingly be the first thing to go. They can essentially afford to listen to no one, which is sort of the point. But the financial underpinning of this system is broken, and if it isn’t addressed then the loss of late-night hours will be a drop in the bucket compared to the further service degradation that would lie ahead. Anything that is cut under federal control can be restored when this system is back under local control with a stable footing, but if this system continues its death spiral then there might be nothing left to recover.

Matt Johnson, who has authored countless posts about Metro for this site, is less convinced:

Is WMATA broken? Undoubtedly it is. But many at the agency are working hard to try and right the ship, as are people within the region. Giving up local control will only mean an agency that is even less responsive to the concerns of riders than Metro is today.

People want the trains to run on time. They want them to come frequently, and be clean and comfortable. They don’t want incidents that cause death or injury or even to be offloaded onto a crowded platform. The causes of many of those incidents are the results of an aging system that hasn’t been maintained well. But Metro is working hard to fix those problems. It is, however, doing so in a way that attempts to consider the needs of riders.

A Metro under federal control may not do that. Closing at 10:00 pm on weekdays might be done with little input from riders. An immediate retirement of the 1000 series railcars, cutting the fleet size by a quarter could come down by fiat. Crowded trains, longer waits, shorter spans of service, higher fares. These could all be foisted upon riders without their input.

2. How much of WMATA’s problems are local vs. systemic to American transit?

Although WMATA does a number of things to make itself an easy punching bag, it is important to remember that it is not the only transit system facing woes. BART and MBTA come to mind as systems that seem to have had their share of problems recently, and the funding situation in general for transit agencies (and infrastructure across the board) is horrific.

So how much would consolidating Metro under federal control do? This Eno presentation in the Washington Post from last year makes me skeptical that our multi-jurisdictional woes and funding are unique. In other words, perhaps a federally-run Metro would be better, but if the funding still isn’t there, will it make a difference? Considering that the House will likely be controlled for the next 2-4 years by the same people who