Metro may never again be open after midnight on Fridays and Saturdays, and would close at 10 pm every Sunday, under a plan General Manager Paul Wiedefeld will propose to the WMATA Board this Thursday. Please ask the board to reject moving this proposal forward right now. 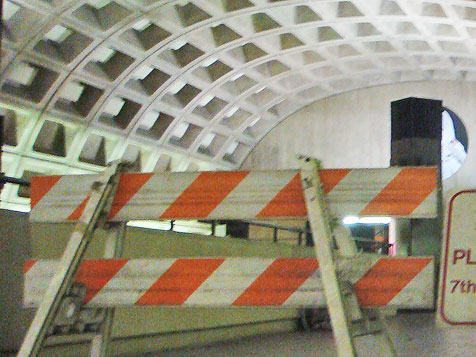 What is Wiedefeld proposing?

Metro closed at midnight every night before 1999, when it extended hours on Fridays and Saturdays to 1 am and midnight Sundays. The Friday and Saturday close extended further to 3 am in 2007.

The current SafeTrack rebuilding program moved closing times back to midnight temporarily. Now, Wiedefeld is proposing making that permanent, and further closing at 10 pm every Sunday, earlier than Metro has regularly closed in decades.

Any closing time is effectively earlier than the posted time, since the last trains leave core stations (where most late-night rides originate) with enough time to finish their runs at the closing time.

What are arguments for this?

Under the proposed schedule, the Metrorail system would be open 127 out of 168 hours in a week. Prior to SafeTrack, the system was open 135 hours per week. The additional track time increases safety and reliability by giving workers the time and space they need to keep Metro’s infrastructure in a state of good repair.

I’ve spoken to transit experts who agree that Metro was not making enough time for maintenance. They say late night hours squeezed the repair work. Not only are there few hours, but it takes time to set up for maintenance, go through safety protocols to prepare the site, etc. and then again on the other end.

When SafeTrack was announced, Dan Stessel told me, “the need for late night service is lower since people are using [ride hailing] services” like Uber and Lyft, unlike before 2007. He said Metro serves only about 6,000 trips a night, and that number is declining.

Stessel argued that this service only helps “the nightlife crowd,” because workers need service that’s available 24 hours a day. (I’d say, except for workers in the nightlife sector, and there are many of those.) 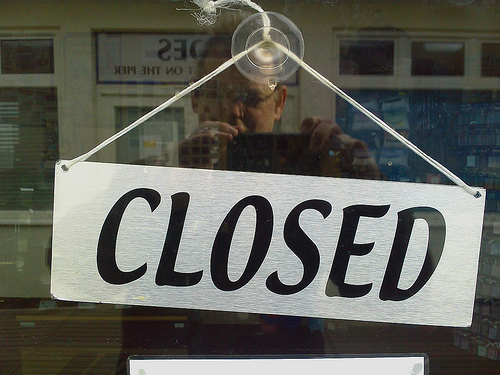 I understand the need for maintenance windows, however, I can’t support additional service span reductions.

Metro already opens late on Saturdays and Sundays (at 7 am) and closes (at 12 midnight) earlier than basically all of its peer systems. In Atlanta, for example, train service starts at 5 am every day and the last trains leave the terminals no earlier than 1 am every day (not just Fridays and Saturdays).

It would be far better for WMATA to do targeted closings (or perhaps close parts) of the system. For example, if a particular area of track needed additional work time, to close that section earlier, but not close the entire system early.

This plan is unacceptable. Late-night transit is a lifeline for thousands of workers, from bartenders to security guards to caretakers—and of course everyone who goes out and supports our region’s thriving nightlife. Early closing times were fine for SafeTrack but need to be rolled back as soon as possible. Wiedefeld is doing a great job, but this proposal is a bad idea.

This is a horrible idea! Any long-term maintenance strategy should incorporate the idea of late-night service, particularly on weekends. Full-stop. Trains travel much less frequently on weekends. … We can still have a “safety-first” culture while also maintaining a service level acceptable of a major urban region.

These service reductions will only hinder WMATA’s ability to attract more riders, and further it’s fiscal problems. As the TransitCenter study pointed out last week, riders want frequent and reliable service above all else. By limiting hours we are limiting what riders want most. This also just penalizes folks without a car (like myself).

Just about every system in the world (almost all of them only 2 tracks throughout) is open for longer hours than Metro—often many more hours per week. If they can’t find a way to maintain regular service levels with those hours and scheduled larger disruptions where needed, there has got to be something uniquely wrong with Metro’s maintenance processes.

Patrick Kennedy, ANC 2A commissioner, wrote in via email:

And before any change is made, they need to have a plan in place for late-night buses that cross jurisdictional boundaries. … Without a satisfactory answer … I think this is a horrible plan. Safety and maintenance activities can’t be a blank check excuse for a continued degradation in service.

In a larger sense, this proposal is just downright depressing because it represents an unbelievably pessimistic outlook. Instead of putting out a bold 3 year plan to really bring Metro up to the standards of a world class system, we’re instead talking about cuts and permanent 10 pm closings! Where’s the vision, the drive, the sense of making the system BETTER? Why is it we keep reducing standards instead of increasing them? 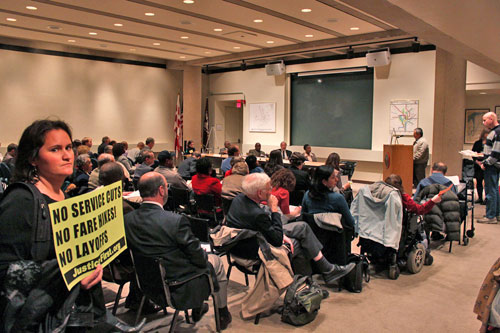 The board should ask for more information before moving forward

Besides the poor logic of this move, Metro decision-making and communication is still in a similar rut from the past: The staff internally make a decision about what to do, then present it as the only possible choice.

When Metro proposed closing an entrance at Van Ness, officials said it was necessary without explaining why other options weren’t as good. Maybe that’s true, but the public needed to know more.

There are many questions still out there around SafeTrack, too. What will be different for riders at the end? Will Metro have fewer fires? Fewer cracked rails? How many fewer? Will there need to be fewer single-tracking maintenance windows after? These questions were surely considered internally, but not answered to riders.

Everyone agrees that Metro needs significant maintenance, which is why SafeTrack had strong public support. And we hire Metro officials to make decisions. But when those decisions affect the public, it’s reasonable to ask them to show their work, to justify why this is better than other options. We don’t think it is.

The board can ask these questions. It should. And members should not put any service cut on the docket at this time.

Wiedefeld said in the press release that any change to late-night closures would happen after a public engagement process in the fall — which is required under the WMATA Compact. That’s fine, and maybe he’ll do a really bang-up public engagement process. In the past, these have often been pro forma events which meet the legal requirements but not much more.

There’s time to hear more about the idea before it’s on a runaway Metro train moving toward an actual vote. Ask the WMATA Board to get information to riders before approving any formal hearing process. Ask them to insist on a menu of options from WMATA, not just one. Or just tell them you don’t think this is a good idea, period.

If some change turns out to be necessary, it can always happen temporarily for an interim period. But we really don’t think this is the right answer. It’s a proposal that should not move forward.