The often maligned Martin Luther King, Jr. Memorial Library may move to a new building at a different location. A panel of developers and planners associated with the Urban Land Institute could make that recommendation later this month.

“It’s important to note that the panel will not address the need for a central library,” Chief Librarian Ginnie Cooper said. She continued, “the Martin Luther King Jr. Memorial Library will continue to exist and be located downtown.” Instead, the five-day advisory panel will discuss the ideal location for a downtown central library.

According to the DC Public Library (DCPL), “national research suggests that a central library should be about 225,000 - 250,000 square feet.” At 400,000 square feet there is a desire to either downsize MLK, the only city library open on Sundays, or construct a smaller future central library. The panel will discuss “potential uses of and development around” the MLK library, and conduct interviews with library users and community leaders.

An anchor of downtown since its opening in August 1972, the library was the city’s first public memorial to the slain civil rights leader. Momentum to build a new central library began during the second mayoral administration of Anthony Williams. Released in November 2006, a report by the Mayor’s Blue Ribbon Task Force recommended an overhaul of the neighborhood branches and the replacement of “the current functionally obsolete central library.”

With a price tag of nearly $300 million, President Bush proposed $30 million in federal funds for a new downtown library. The current site of CenterCity DC was discussed as the most logic location. However, Williams’ administration was unable to push a proposal through the DC Council.

The DCPL Board of Trustees first mentioned the ULI panel at their meeting last month. When a smattering of questions arose about the intent of the panel, and whether the library’s name honoring MLK was safe, it was clarified that no matter where the central library is located, it will retain Martin Luther King Jr.‘s name, and continue to be a memorial to him. 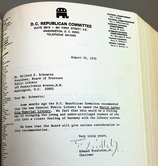 Problems at the library

Since Cooper arrived in August 2006, MLK Library has undergone important functional and cosmetic upgrades making the building more inviting. The public bathrooms are no longer dungeons, the Black Studies and Children’s Divisions have been refurbished, and a metal detector no longer greets visitors upon entry. The Adaptive Services Division, helping the deaf community, visually impaired, older adults, veterans and injured service people, received updated technology, the light plane of the ceiling of the Great Hall was revamped to better illuminate the cavernous lobby, and in 2009 a new room opened for teens.

However, MLK Library is still perceived as a homeless shelter and nicknamed “MLK Mission.” The pervasiveness of the homeless and those with mental health issues obscure the library’s vast collections and resources, according to members of the library staff.

The homeless are supported by a network of social service agencies such as the United Planning Organization. In the morning and evening, buses to and from homeless shelters use the front entrance of the library as a drop-off and pick-up point. G Place NW, behind the library, was the location point until the Secret Service objected.

Basic neglect continues unabated as evidenced in a recent list of safety violations issued to the library by the DC Office of Risk Management. According to library staff, a federal employee visiting the second floor’s Literature Division saw numerous ceiling lights out. The outage left stacks in the rear of the division eerily dark, a safety concern for both staff and patrons. A DCPL officer said men are often found sleeping in between the stacks. If processed by police it is not unusual to find they have an arrest warrant. Though the staff has been raising the issue for many years, only recently were the lights fixed, under threat of fine.

“The design of the building, while iconic as architecture, has failed to create the type of loved, dynamic and heavily used central library that would best serve the city,” says Terry Lynch, a community activist who served on Mayor Williams’ Blue Ribbon Task Force on libraries. “It is past time for a state of the art, new central library and conversion of this building to a more appropriate, adaptive reuse.”

Over the next year MLK’s first floor will be undergoing significant changes. A solicitation for proposals to “complete the interior improvements to the Business Science and Technology Reading Room and the Great Hall” closed two months ago. Construction is planned to be completed by August 2012.

Robin Diener with the Library Renaissance Project says citizens have advocated for a Citizens Task Force on the Future of MLK since the Williams Administration. Diener says, “In our view, the information gathered by a ULI panel could be a very useful contribution to the complete picture, but it should be presented to a task force of library users from around the city that Mayor Vincent Gray should appoint.”

The ULI panel will present their finding and recommendations November 18th, 9 am to 11 am at MLK Library. The public is invited and encouraged to participate.