If you’ve biked down N Street just north of Thomas Circle recently, your ride may have been more convenient than it used to be thanks to new contraflow lanes. Even though the lanes only stretch two blocks on either side of 14th street, they provide valuable new options for travelling east-west in this part of downtown. 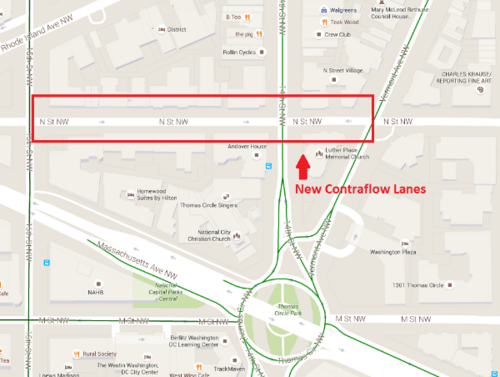 1.Cyclists can go east on the 1300 block of N, making for a straight shot connection from 14th Street to the NoMa metro. Even though most of N doesn’t have painted lanes, the low amount of vehicle traffic allows for a relatively low-stress connection between two important parts of the city core. 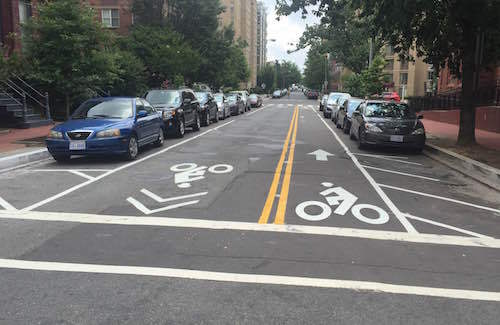 2.Being able to go west on the 1400 block of N allows for an easier connection to the M Street protected bikeway, which currently ends on the western side of where Massachusetts Avenue meets Thomas Circle. Before, biking from 14th and N to the M Street bikeway required navigating Thomas Circle. 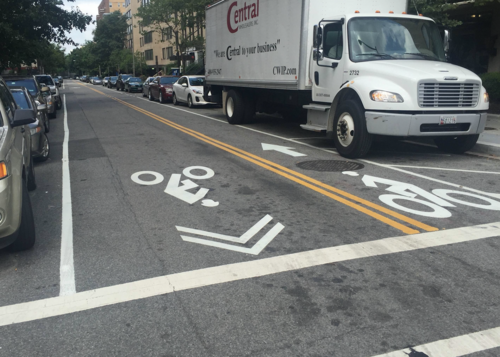 N Street joins a handful of other contraflow lanes that have been popping up around the city, like those on G and I Streets NE.

This relatively quick and easy project shows that DC hasn’t yet run out of “low-hanging fruit” for places to install bicycle infrastructure. These contraflow lanes are fairly non-disruptive to both parking and car traffic.

What other streets might be ripe for this treatment?