David Garber, a former Navy Yard ANC commissioner and author of the And Now, Anacostia blog, is running for the at-large DC Council seat currently held by Vincent Orange. Already a popular voice of the District’s revived urbanist crowd, Garber says he wants a more sustainable, inclusive, and safe city. 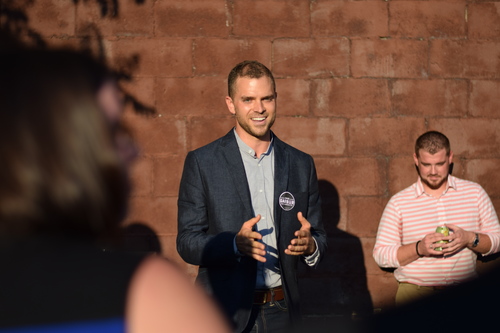 David Garber. Image from the candidate.

Really, Garber is running against Orange in the Democratic primary, which isn’t until June. But his schedule is already packed with everything from visiting urban farms in Ward 7 to sharing his views on the RFK Stadium redevelopment. He recently set some time aside to chat with Greater Greater Washington about some of the issues facing the District.

On transportation: bike and bus lanes, the Streetcar, and cars

On transportation, Garber envisions a multimodal future where everything from improved buses to better dedicated bike and pedestrian infrastructure and cars has a place in the District.

“When we talk about actually putting dollars towards infrastructure, we have to remember that we get the city that we invest in and we get the modes that we put real dollars into,” says Garber. “I know that there’s interest in spreading [investment] to modes and infrastructure upgrades that promote a more efficient, healthier, and stronger city. And getting to that more sustainable place requires more investment in a built environment and in transportation modes that get us there.”

Bus, bike, and pedestrian infrastructure are examples of such modes, he says.

“I think it’s really important that we invest in things like better dedicated bus service and 16th Street NW is a great example of that,” says Garber. “That’s a corridor where improvements to the current status quo have been discussed for a number of years now and a lot of people have asked for more efficient bus service. It’s one of those types of projects that feels like it gets studied and studied without actually ever moving forward. I’d love to see leadership take initiative to make it happen.”

Better bus service on 16th Street may actually move forward before the 2016 election. DDOT announced that it was studying a variety of options, including dedicated bus lanes for the corridor, earlier in October.

Asked his view on DC’s delay-plagued streetcar, Garber says: “[The streetcar] is something that I’ve been a supporter of and excited about but, unfortunately, like a lot of people around the city, I’ve been disappointed with the roll out and the way that it has been built. I don’t think there was as much planning early on as could have happened.”

“That said, I don’t think that the hurdles and hiccups are a reason to not do more of it in the future,” he adds. “Just that we have to take a step back, rebuild the public trust, and learn lessons for next time.” 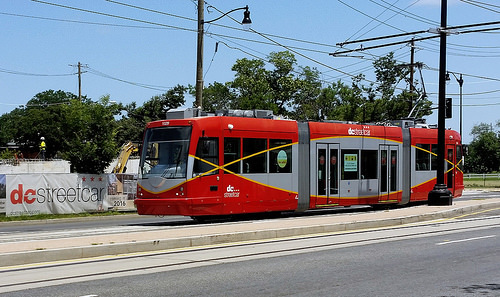 Maybe we’ll get the next one right. Photo by Dan Malouff.

Garber is supportive of dedicated bike and pedestrian infrastructure but feels the District could take more of a lead in developing these amenities in outlying neighborhoods.

“With any changes to infrastructure, you often have the lead with real investment before people take a chance on it or believe in it,” he says. “People feel safest taking a chance on a new transportation mode when the infrastructure is in place and they feel protected in it. And if we’re truly committed to upping the sustainability ante, we have to be consistently investing in the infrastructure that will get us there.”

While a clear advocate of transit, cycling and walking, Garber contends that personal vehicles have a place in the city’s transportation infrastructure.

“A lot of communities east of the river and closer to the city’s edges are less dense, have fewer local amenities currently than areas closer to the center of the city and a lot of people do rely on personal vehicles,” he says. “I think [it’s important] that we consider that there are a lot of different types of built environments, that this is a diverse city, and that for many, vehicles are a big part of the equation when we’re thinking about the city as a whole.”

On changing neighborhoods and housing supply

Housing affordability is an ever-growing point of contention in the District. While new construction continues apace, well-established communities are increasingly being displaced by newcomers as prices rise driving fervent calls for more affordable housing in popular neighborhoods.

“The city’s growing and I’ve been a big booster of a lot of that growth, as long as it’s done well,” says Garber. “But if we grow as a city and we don’t take care to include the diversity that exists [today], and don’t, from an economic development perspective, invest equitably across the entire geography of the District, then we’ll have failed at the end of the day.” 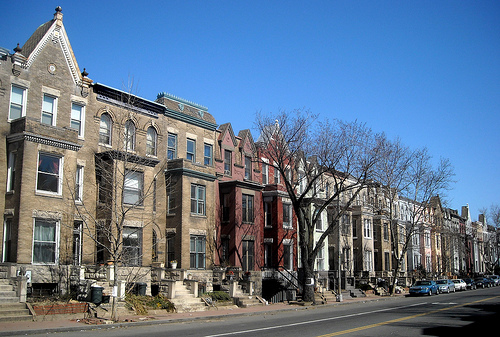 Putting more money into the city’s affordable housing trust fund and making sure a variety of affordable units are included in new developments are two examples of ways to maintain the city’s diversity, he says.

“These places are attractive because they’re close to transit and they’re close to amenities,” he says. “Too much of the time we only put affordable housing where it’s least expensive to do so… We need to do a better and more intentional job of spreading housing for earners of all levels across the city.”

The neighborhood-supported 965 Florida Ave project has also been a point of contention for the DC Council. Earlier this year, the council dragged its feet approving the project due to the cost of the affordable component.

“I do think that in some circumstances it’s worth exploring the possibility of selling some of our District-owned properties and parcels outright and using that money in more targeted ways for affordable housing across the District as long as, via a comprehensive analysis, we’re able to get more money for affordable housing at the end of the day,” says Garber.

At market rate, the land at 965 Florida Avenue was appraised at nearly $27 million dollars. A law requiring 20-30% of units in public land deals to be affordable to people making 30-50% of the Area Median Income brought estimates of a fair price down to just under $6 million (the difference going to affordable units that the District would otherwise be building), but the city wound up selling the land for only $400,000.

The DC Council approved the project in September.

On fighting the surge in violent crime, and supporting police

With the alarming rise in deadly shootings in the District over the summer, residents have taken a renewed interest in public safety in the city.

“I’ve had a lot of conversations with residents and community leaders, and I’ve spent a lot of time around the District riding along with police officers, and there are a couple of things I consistently hear,” says Garber. “Leadership could probably do a better job at listening to the on-the-ground experiences of the officers that are working in neighborhoods across the District and implementing strategies based on that input.” 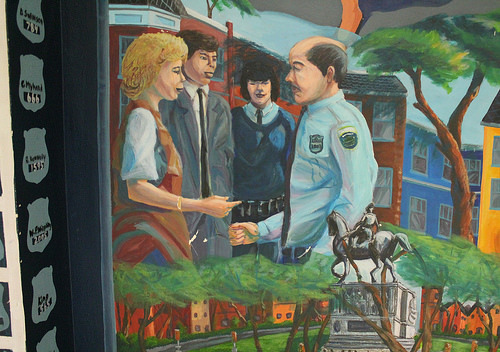 Garber wants to bring back plainclothes vice units around the District, attract new officers to the force especially as retirements climb as well as improve and increase access to vocational training for city residents, a campaign video shows.

“On council, I would absolutely be having a conversation with the mayor and the [police] chief about whether or not that is something we need to look at again,” says Garber on disbanding the vice units. “I do think it’s important to have people in positions of public safety around the city who are really tied to the specific communities they’re working in. If everything’s centralized, you lose some of that institutional knowledge of who the players are in a community, where the hotspots are, and creating a culture of safety.”

There’s a long road ahead

Garber faces a tough campaign. Vincent Orange, who has been on the council for more than a decade 12 years (though non-consecutively), will likely be a formidable opponent despite his admonishment by the ethics board for intervening to stop public health officials from shutting down a wholesale food business with a rat infestation in 2013.

Orange won his last primary in 2012 with just a 42% plurality of the vote while respected councilmembers Sekou Biddle and Peter Shapiro, along with other opponents, split the remaining votes.

Outside observers fear a repeat of the split vote, especially if Andy Shallal and Robert White enter the race. Garber is, so far, nonplussed at the prospect.

“Right now I am just focusing on my campaign,” he says. “I know I’m going to run a viable campaign and I’ve gotten a lot of enthusiasm and support from all corners of the District.”

Asked why he decided to run for the at-large council seat, Garber says: “I want to take more of a leadership role citywide so that I can serve the District as a more effective advocate on issues that really matter to people from the council level.”

“I loved being in the position of an ANC commissioner,” he continues. “It really taught me a lot about getting community input and feedback, and it engaged me with a lot of the issues that neighborhoods go through when they’re growing or changing. I’m running for council because I’m invested in taking that same communities-first focus city-wide.”