Looking to New England for interesting transit developments, Hartford opened its first Bus Rapid Transit line this weekend. The 9.4-mile CTFastrak busway does double duty as both BRT and a regional transit spine for express buses. 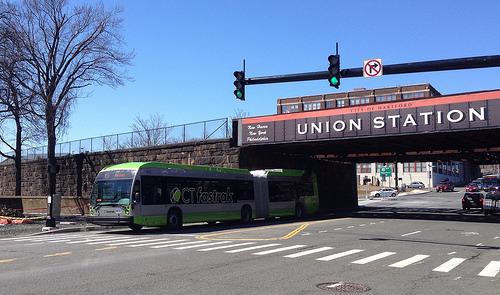 A CTFastrak bus at Hartford Union Station. All photos by the author.

The busway connects downtown Hartford to the suburb of New Britain, running parallel to an Amtrak line for the first part of its journey and then along a former railroad right of way. 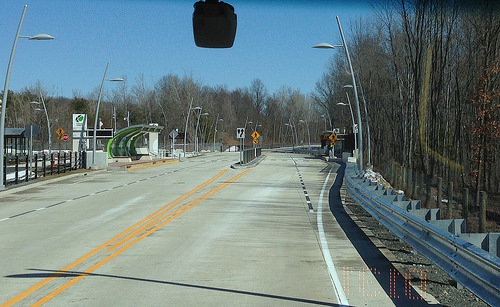 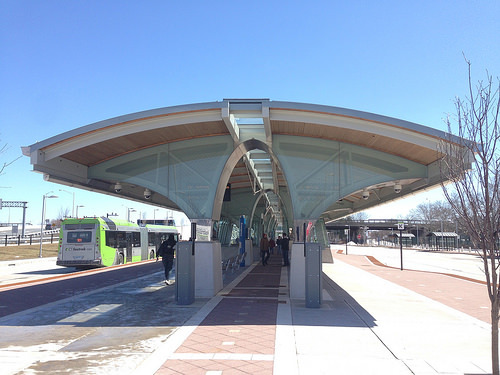 The CTFastrak New Britain station is both the terminal for the local shuttle services along the corridor and a transfer station to express buses.

The 11 busway stations are similar to light rail stations with off-board fare collection, real-time arrival displays, large shelters, ample seating, and level boarding. Some even include pull-offs for local buses that allow express buses to continue into downtown Hartford unimpeded. 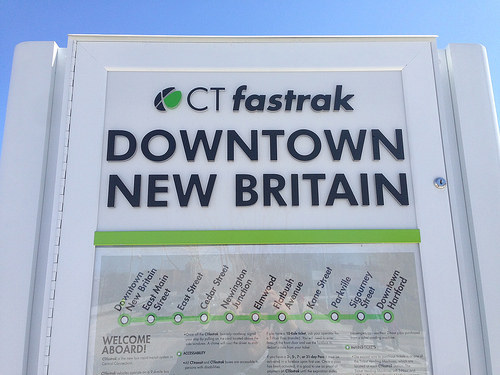 A map showing the busway’s 11 stations.

In addition, the CTFastrak station at Union Station in Hartford is not complete. 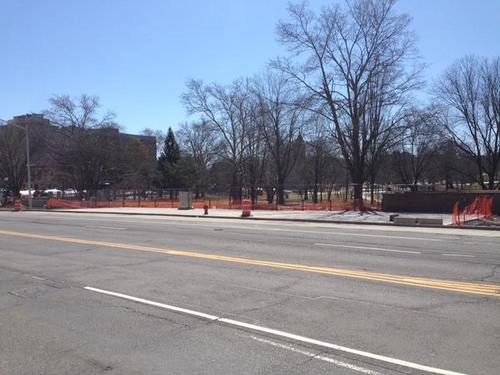 It will be interesting to see if CTFastrak spurs new development or proves more successful at speeding express buses into downtown Hartford.

The busway feels like simply a new road. The infrastructure includes a lot of new concrete and asphalt that does not feel like it will blend as well with new walkable, transit-oriented neighborhoods.

Light rail, by contrast, often only requires a trackbed, overhead wires and parallel fences that can fit well in both suburban and constrained urban environments. 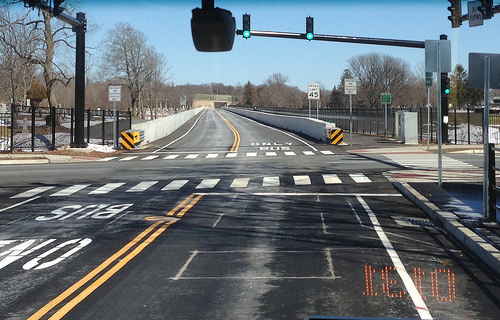 CTFastrak busway including part of the bike trail that parallels the line for five miles.

CTFastrak is the latest new BRT system in the country, joining Alexandria and Arlington’s Metroway along Route 1, which opened last August. Like Metroway, CTFastrak serves both dedicated corridor services and regional buses, though it one-ups our service with an entirely dedicated right of way and off-board fare collection.

Even with its shortcomings, Metroway is already exceeding ridership expectations and will likely continue to do so once dedicated lanes in Crystal City open this summer and the surrounding Crystal City and Potomac Yard neighborhoods continue to develop.

For more on transit developments in other cities, check out GGW’s coverage of Dallas, San Diego and San Francisco.