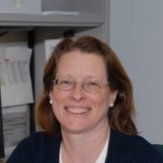 After a year-long search, Montgomery County’s new planning director will be Gwen Wright, a senior official at the City of Alexandria’s planning department. Will she be able to move the county forward?

Wright spent over 20 years at the Montgomery County Planning Department before becoming Alexandria’s chief of development in 2008. She’s played a role in transforming huge swaths of the city, from the redevelopment of Landmark Mall to Potomac Yard, one of the nation’s largest urban redevelopment projects.

It’s likely that Wright will continue the vision set by her predecessor Rollin Stanley, who sought to urbanize the county’s aging commercial corridors. She seems to have a strong understanding of what makes urban places work. “The way pedestrians and bicyclists and the folks on the ground interact with buildings is really, really key to making great communities,” she recently told the Post.

Before resigning last year to become the planning director in Calgary, Stanley tried to make the planning process more accessible to laypeople, which encouraged public involvement and got people excited about the future of their communities. But he was also known to shoot from the hip, and residents and elected officials alike complained that he didn’t take their concerns seriously.

It’s also true that any planning director who tries to push a jurisdiction to evolve often faces strong opposition. Some of that opposition includes claims that the director or department don’t involve residents enough, whether or not that’s true. Still, planners indeed must work hard to involve residents and create an inclusive dialogue. It’s rare to find a director with both the fortitude to buck entrenched interests and the skills to make everyone feel a part of the process.

Montgomery County is changing. It’s gone from being the “perfect suburbia” to a majority-minority county with substantial urban areas, and with it the discussion over how and where we should grow has shifted.

Gwen Wright’s task is to make sure Montgomery County can continue to attract new residents and businesses while directing investment to the right places, particularly near transit, in close-in urban areas, and in the underdeveloped East County. The big question, however, is whether she can do it while acknowledging different perspectives and making everyone feel welcome.