Fifty years after they were first ripped out, streetcars returned to Lego City on Christmas Day. While they bring the promise of new jobs and increased mobility, fears of unwanted changes are building.

“I know this is what you’ve been looking forward to,” said Dan Reed’s mom, newly-appointed director of the Lego City Department of Transportation, as the twenty-something graduate student assembled the bright blue tram. “Look at him playing with his toys.”

The recently-opened Line 55, the first segment of a proposed citywide streetcar system, connects affluent Bricktown to Blocky Farm, a housing project in Southeast Lego City. Though they come every ten minutes, the seven-seat trolley is standing-room only throughout the day. 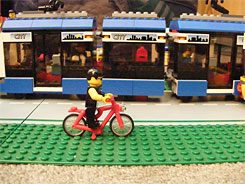 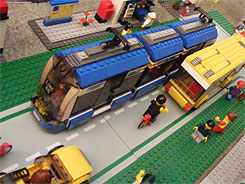 Nowhere are the effects of the new streetcar more evident than the Brick Street corridor, located near Lego City’s main Public Transport Station. Since the trams started running Christmas Day, a skateboard shop, coffeehouse and gourmet pizzeria have opened. 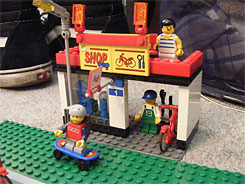 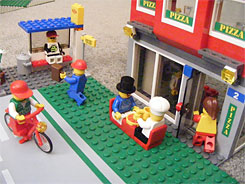 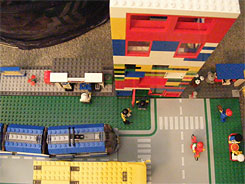 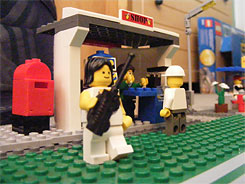 Ashley Lyman just moved to Brick Street and says her favorite part of the neighborhood is the activity. “I used to live in [suburban] Blockville and just sit in my big, pink house after dark,” she says. “Here, there’s always something happening! And I’m embarrassed to say it, but I hear [big box retailer] Blockmart is moving in and I can’t wait.”

Some established residents are frustrated by the changes, complaining that not every minifigure in Lego City benefits from them.

60-year-old Sarah Belk earned her nickname “the Mayor” for starting a neighborhood watch on Brick Street during the 1980’s. “I’ve been a street sweeper, a doctor, and a pirate, but my taxes are so high, every brick I make goes right out the door again,” she says. “What good is this new stuff for me? Lego City is trying to run us hard-working people out of here.” 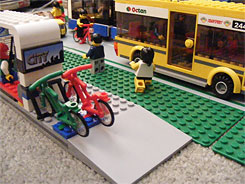 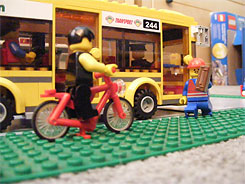 Henry Floyd, columnist for the Lego City Post and a resident of Brick Street, is opposed to the streetcar. He says the overhead arms and hands that power the tram ruins the area’s “historic” viewsheds, but more importantly, that the entire project is a waste of money. “There are lots of ways to get around Lego City, but we can’t all give them each their own lane,” he says. “What’s next? A lane for horses? For helicopters and boats and spaceships?”

“Kids in Lego City are being failed by our nonexistent public schools,” he adds. “When is Dan’s mom gonna buy him something useful, like a police station set?” 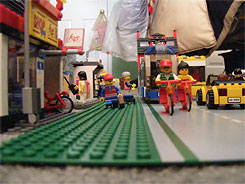 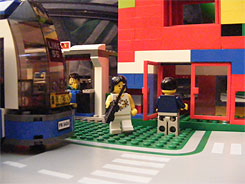 Some hope that minifigures on Brick Street will finally click the old and new together.

Local blogger Alex Block has lived there for five years, rehabbing old houses covered in childish crayon graffiti. “People like to focus on our differences,” he says. “Some of us carry around giant phones. Some of us wear race car helmets. Some of us don’t have eyebrows or noses. But we’re all yellow and plastic on the inside.”