For generations, DC had a healthy mix of stores and homes in every neighborhood. Only a fraction of that diversity is still there today because 60 years ago, the city’s zoning laws changed to outlaw new retail from going up in residential areas. Some corner stores are still there, but most have turned into homes. In the photos below, check out former storefronts that are now somebody’s living room window. 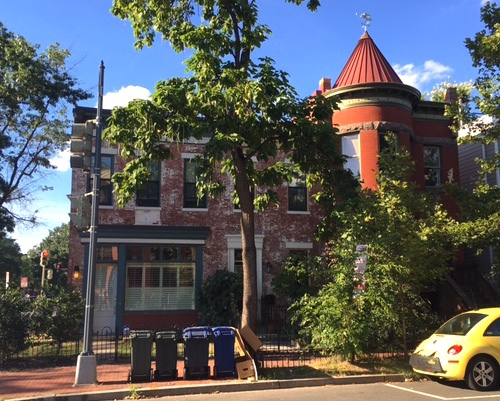 The entrance and windows in the front 9th and Q Street NW don’t look like what’s on most houses. That’s because it used to be a restaurant. Photo by Jonathan Neeley.

In 1958, DC’s Zoning Commission designated a number of residential areas as R-4 or R-5 zones, meaning they were for row houses or apartment buildings, respectively. New retail space isn’t permitted to open inside either type of zone.

The retail that was already there was grandfathered into the new law, meaning it’s been allowed to stay (though if a store closes and remains vacant for three years, the location can no longer be commercial).

On the map below, which looks at the area north of East Capitol Street and south of H Street NE, the Zoning Commission’s change limited new commercial buildings to the places in yellow: 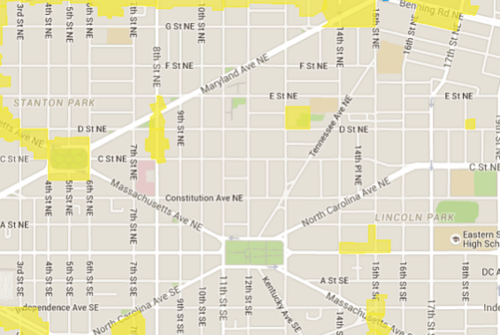 Base image from Google Maps.

Below are a few examples of Capitol Hill buildings that used to house retail. We focused on that area because it’s where we live, but as the photo above indicates, you can find buildings just like them all over the District. 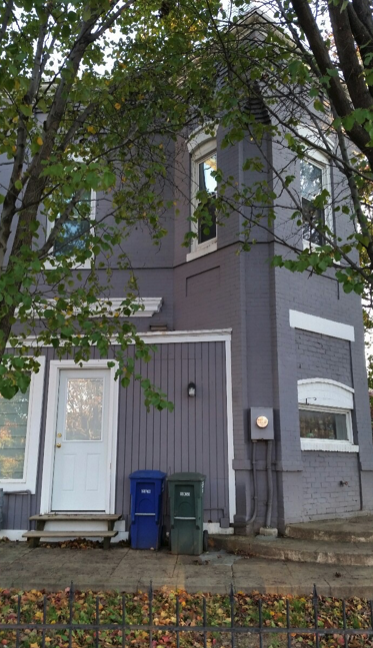 Located at the intersection of 12th Street, F Street, and Maryland Avenue, this corner building once housed a grocery store owned by William G. Pond (you can read about that in Boyd’s Directory of DC). The former bay window of the store is now the entrance to a home and the former store entrance facing the intersection is now a small window. The concrete steps leading to the original entrance are still visible on the right side of this photo. 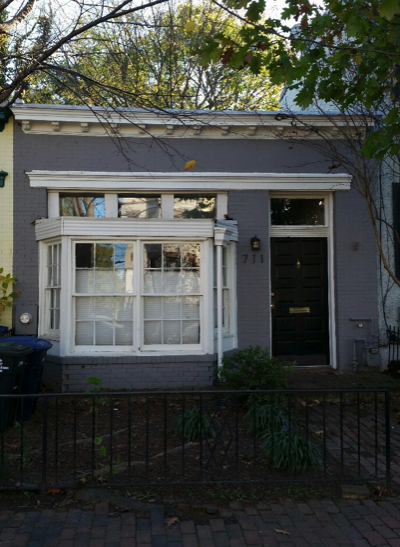 In 1910, Edward T. Noll built this one-story retail building and its twin at 713 E Street NE. The buildings have large, protruding bay windows and decorative overhangs, but are now both homes. 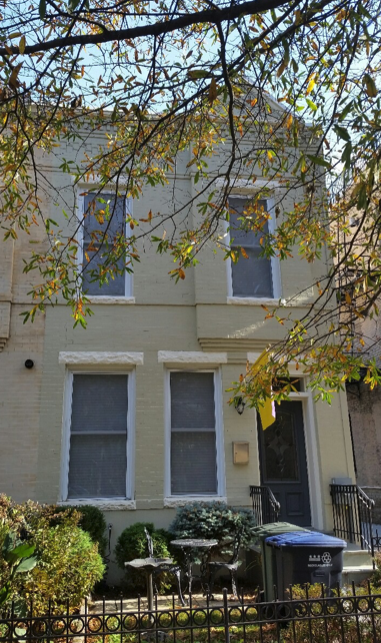 Abutting an alley, this building has housed several grocery stores throughout its existence, including stores owned by Herman W. Menkin in 1909 (Boyd’s Directory of DC, 1909), Myer and Rae Band from 1933 to 1969, and Cynthia Sewell as recently as 2011. The first-floor windows used to flank the entrance, with a sign overhead, but the entrance for the home is now on the right side of the building. 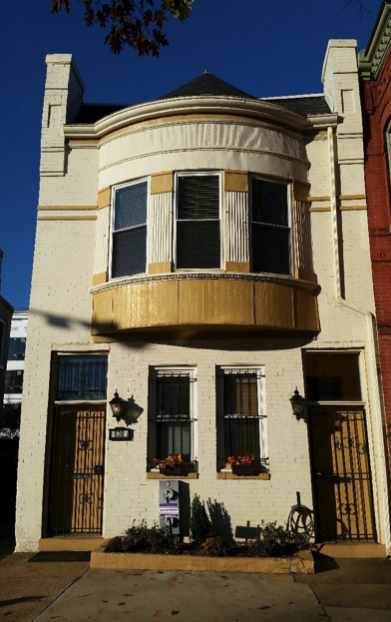 The corner of this building used to have an entrance facing the intersection, which has since been replaced by bricks. A door leading to what was once the entrance for the upstairs apartment is visible on the right side of the photo. In the early 1900’s, Leon Skop ran a grocery store from this space.

The five buildings described above are among the many red pins in this incomplete map of former retail locations in or near the Capitol Hill Historic District. Photos and descriptions for each of these pins are available at our blog, DCFormerRetail.tumblr.com. 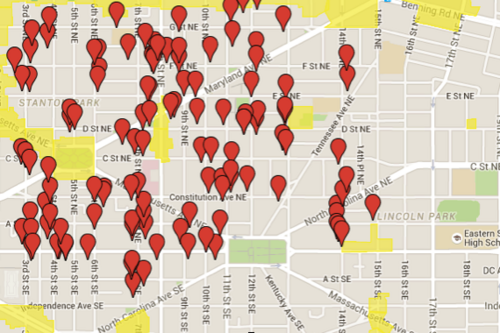 Red pins are homes that once included retail spaces. The pins are clustered in the Northwest corner of the map because the authors have not yet systematically catalogued former stores east of 14th Street NE and south of East Capitol Street. Base image from Google Maps.

In some places, corner stores are coming back!

After a laborious eight-year process, DC’s Zoning Commission adopted a new zoning code that will take effect on September 6, 2016. For the first time since 1958, the code will permit new corner grocery stores by right.

Also, limited types of other corner stores will be allowed under a variance in seven of 34 types of residential zones. The areas zoned R-4 on Capitol Hill are included in this change.

Despite the well-documented benefits of street fronting stores—they provide an opportunity to meet neighbors, increase the number of eyes on the street, and create a pleasant place to complete your daily errands by foot—some DC residents opposed the 2016 zoning change out of fear that “corner stores would alter residential neighborhoods by bringing in a commercial use.”

But the historical record demonstrates that commercial uses along today’s residential streets would not be unusual in this part of the city. Indeed, without retail, the Capitol Hill Historic District is less true to its name than many residents might realize.