On June 11, Arlington closed a block of bustling Wilson Boulevard for what organizers called the Active Streets Festival. There were bike-oriented games and activities, plus a collection of temporary bikeways “built” with tape, paper, and potted plants. 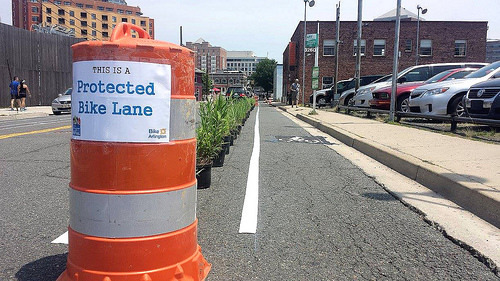 The festival took place during the Air Force Association cycling race, when many Arlington streets were closed anyway. The Active Streets Festival gave Arlingtonians who weren’t racing something bike-related to take part in.

Planners “built” a series of temporary bike lanes, all on the block of Wilson Boulevard between Washington Boulevard and 10th Street North.

On one section, a row of potted plants formed the barrier for a protected bike lane. On another, a row of parked cars did the same. Elsewhere, washable homemade green “paint” and a thick roll of tape formed a green bike lane, a buffered bike lane, and sharrows. 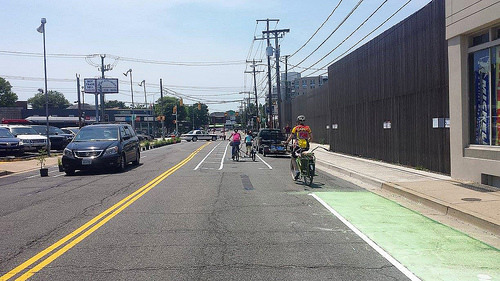 By using easy-to-set-up and easy-to-take-down temporary materials, Arlington planners tangibly showed residents what Wilson Boulevard might look like if its street space were allocated differently. There’s no proposal to change Wilson permanently, but the example can be instructive for future projects on other streets. 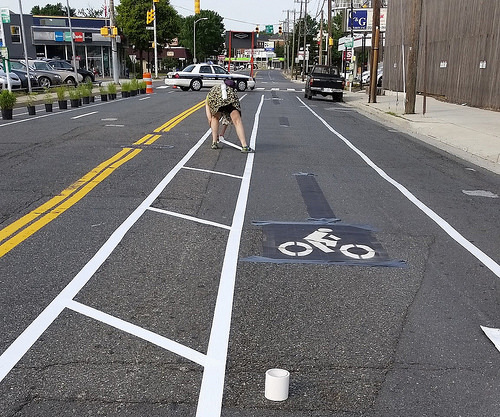 Tangible benefits aside, the whole thing was a heck of a lot of fun. 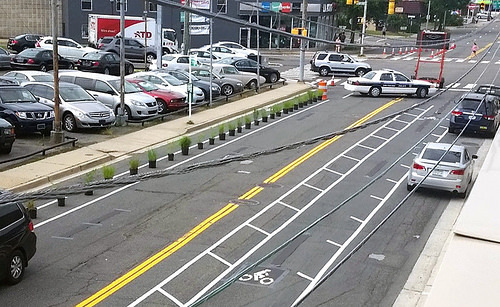 Wilson Boulevard with its pop-up bike lanes in place. Photo by BikeArlington.